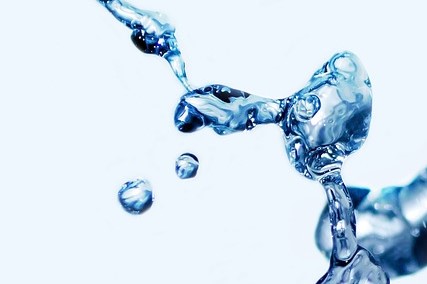 Glycerine is a substance that occurs naturally in the body and is contained in all natural oils and fats. It is chemically assigned to alcohols and is a colourless, odourless, viscous liquid.

It can be used for many different purposes. For example, it is a frequently used ingredient in cosmetic products because it has a beneficial effect on the skin. It is undeniable that glycerine is one of the most interesting naturally occurring substances for the skin.

It can act directly on the skin as a moisturizer and help maintain the skin's water balance. It also has a moisturising effect on the hair and ensures that the hair absorbs and traps more moisture from the air. Glycerine can also be used for medical skin conditions and can help with irritation and skin burns, for example, and can alleviate certain rashes.

Vegetable glycerine is used in our cosmetic products, mainly because of its moisture retaining and moisturising effect on skin and hair. The effect of glycerine on the skin has already been investigated in several studies. These studies suggest that glycerine can make the skin smoother and more supple and increases the skin's moisture in a short time. In some trials, products containing glycerine were as effective as those containing hyaluronic acid.

It is also believed that glycerol can improve overall skin health, protect against infection, promote wound healing and relieve skin irritation. Glycerol has the ability to protect the skin from microbes and soothe inflamed or injured skin.

It is also believed that glycerol can act as a barrier to protect the skin from wind and cold.

Its main use is as a moisture-binding (hydrating) raw material, which binds water contained and applied in the product as well as air humidity and keeps it on the skin. In this way, it reduces the skin's own water loss, which can lead to dry skin conditions.

Glycerine is a sugar alcohol; a trivalent alcohol which is present in all natural fats and fatty oils as a fatty acid ester (triglyceride). It is a clear, highly viscous, odourless liquid that is miscible with water and other alcohols. Glycerol is a component of the skin and is found in its acid mantle, the so-called hydrolipid mantle.

Glycerol (INCI designation: predominantly as a word component -glycerol or glycerol) binds the moisture both in the skin and in the product and is therefore a popular ingredient in cosmetic products. Due to its good skin compatibility and high effectiveness, glycerine is a so-called moisturizer and is used in almost all skin care products. Glycerine is also used in shampoos or conditioners because it also has a moisturising effect on the hair.